Please join us in congratulating Ashley Bouchard on her 10 year anniversary with Raven Supply. 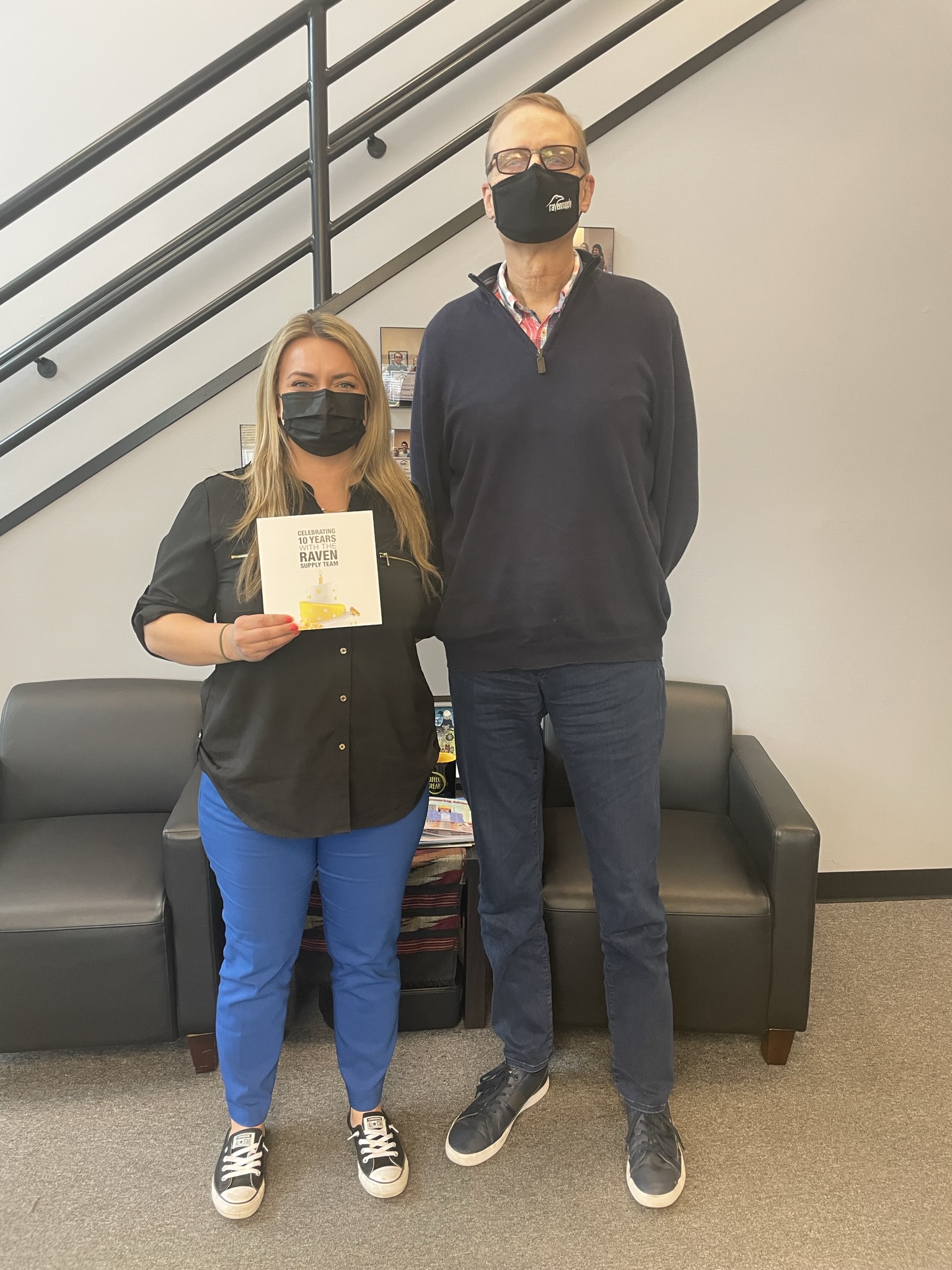 As a sales manager for a local freight company, Ashley cold called on Raven in January of 2012. Sometimes small decisions can impact ones’ life immensely. After setting up a freight account, we saw Ashley periodically and realized quickly that the future looked very bright for her. In 2012, Raven decided to hire its first project manager to help Bennett and Brian. We thought of Ashley, how she could fit into the company and decided to send the job description to her. After turning down our offer initially, Ashley approached us a few weeks later and started with Raven on April 12th, 2012.

The 10 years at Raven have been a virtual whirlwind of activity. In addition to her daily responsibilities, Ashley has taken Project Management as well as Small Business & Entrepreneurship, Business Management at Langara College plus Human Resource Management at BCIT.

With her ability to m

eet with contractors, vendors, consulting engineers and end users, Ashley can always be counted on in times of need. The results are evident, as Raven continues to grow year over year. In August of 2016, Ashley was promoted to general manger, responsible for all daily activities, human resources and business operations. 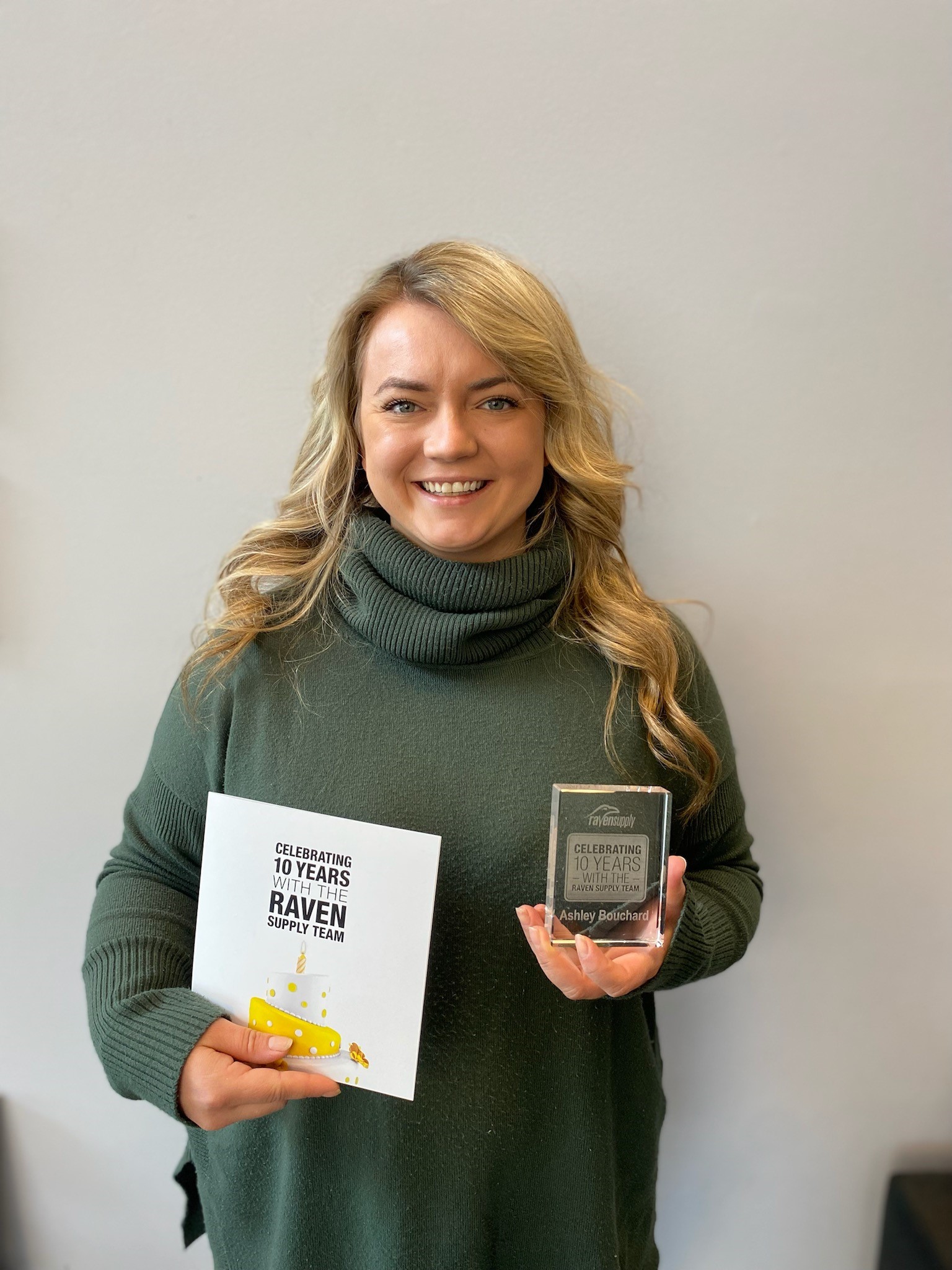 In October 2016 Ashley became a partner in the ownership group controlling Raven Supply. She is a true role model for young women contemplating entering the construction industry, whether in the trades, the consulting field or the sales and administration side. With her superb people skills, As

hley has assembled the current Raven Team, which continues to thrive in a very competitive marketplace.

The  Raven Team would like to say a big Thank You for dropping in for that interview back in 2012. Without that decision, the Raven Team would be much different today, probably much smaller, less capable, with the company representing far fewer vendors.

With your leadership skills and business acumen, we know you will be up for the challenges of the future. Congratulations on all that you have accomplished in the past 10 years. How time flies when you are having fun!