The latest from Raven

Raven’s Giving Fund gives each Raven team member $250 each year to donate to their non-profit of choice. The only criterion is that the non-profits chosen cannot be government funded.

Partner and General Manager, Ashley Bouchard is donating her $250 Giving Fund this year to the North Delta Small Pantry, who founded and maintains the pantry, ‘Nick’s Nook’. It is the only zero barrier food pantry in North Delta, opened 24 hours to provide food, baby items and hygiene products to the community.

The Magical Hearts group, a neighborhood group that works to champion community projects, started the North Delta Small Pantry project at the beginning of the COVID-19 pandemic when they were approached to support families facing food insecurity. From talking to the families, they learned that although there are already wonderful, existing organizations in the community addressing this need, accessibility is an issue for many.

Magical Hearts, in partnership with the United Way of the Lower Mainland, created and maintains the Pantry. Through the United Way’s ‘Hi Neighbour’ program, they are receiving volunteers, contacts, and support to ensure the success of the project. It is currently one of three community pantries in greater Vancouver.

Ashley has been volunteering for Nick’s Nook since July 2021, sanitizing and restocking the pantry. During her time volunteering, she often encounters people dropping off donations who are happy to share why they are donating, including those who could have benefited in the past from a community pantry.

“I enjoy volunteering for such a great cause, knowing food insecurity is something that is widespread over our local community. The pantry is used by young families, single-parent families, youth that have limited resources, and many more. Quite often, thank you notes are left at the nook and messages sent to their Facebook page saying how much this pantry has helped members of our community,” she says.

Nick’s Nook was named in honour of a young Delta resident who succumbed to lung disease at the age of 18. Nikolas touched the lives of all those who had the privilege of knowing him, and his legacy is being preserved in many ways including the naming of this small pantry in his memory.

The North Delta Small Pantry, Nick’s Nook is located at 11300 84 Avenue, North Delta, in the parking lot of the Northside Community Church who graciously agreed to have the pantry placed there. 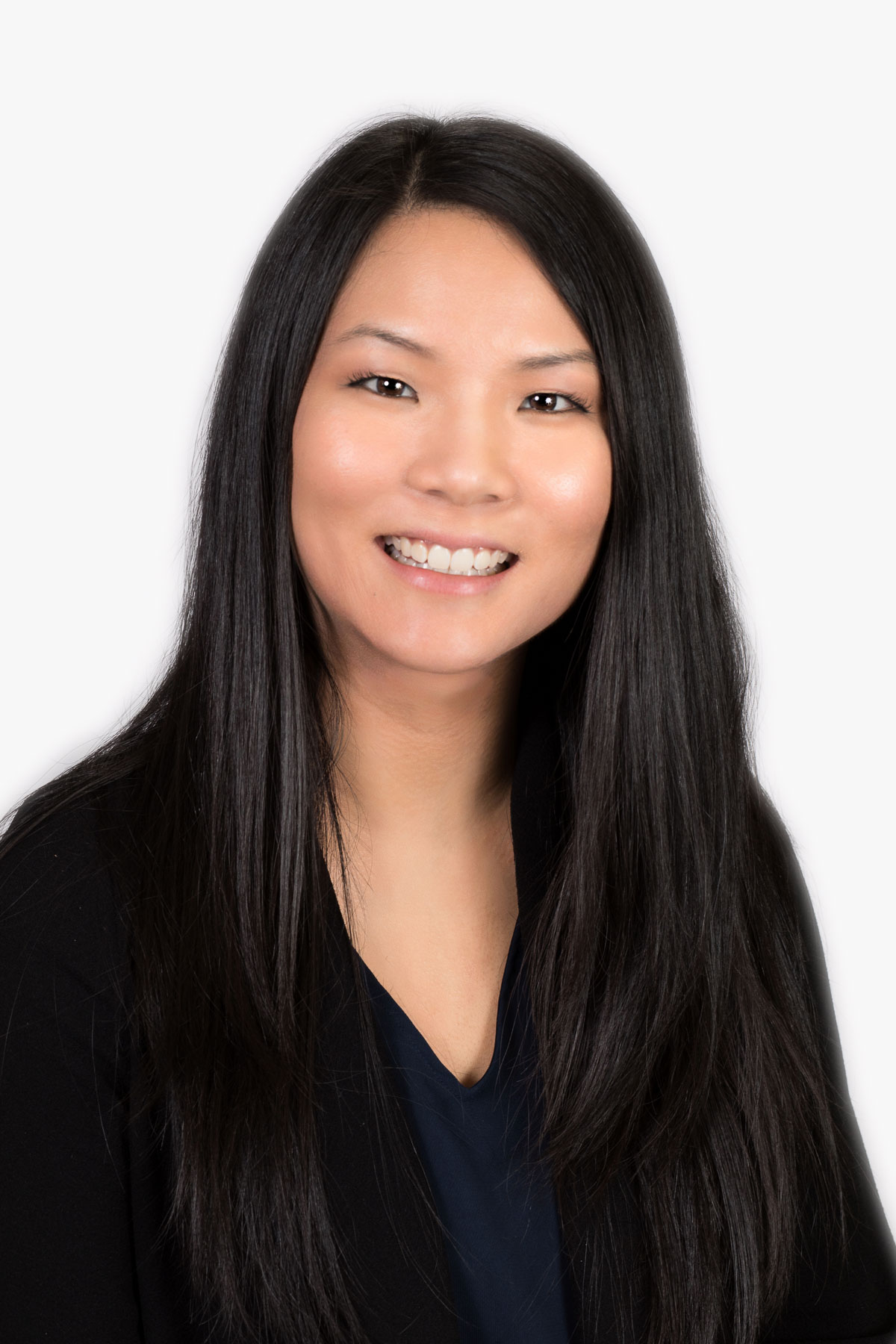 Linna graduated from the University of Alberta with a degree in Chemical Engineering in 2015. She joined the Raven Team in 2016 as a Project Engineer, working on both quotations and managing our largest projects involving steam, hot water, and thermal fluids. She is involved in every stage of these projects, from quotations, submittal drawings, technical changes, delivery & logistics to start up.

Linna’s dedication along with her strong attention to detail makes her a natural team leader. With numerous testimonies from customers, engineers, and co-workers, Linnas’ well-deserving of her P.Eng. designation.

Congratulations Linna Luu on getting your P.Eng.!

Since 2015, Raven Supply has been supporting two local schools in Surrey, helping vulnerable elementary and secondary school students in need to succeed in their academic and personal lives.

At the Bridgeview Elementary School, Raven’s contribution to the after-school BLAST program is allowing more students to explore art, science and sport-related activities in a safe space. The program is reaching students who normally cannot access extracurricular activities, alongside students in need of academic support and those who need encouragement in building positive relationships. Throughout the year, the engaging program, which also provides snacks and invites community partners in to teach on various topics, has been boosting the self-esteem and school engagement of participating students.

Raven’s contribution to the Emergency Fund at Frank Hurt Secondary School has continued throughout the pandemic, ensuring that all students have the support that they need to succeed in school and move towards graduation. The funds are being used to buy textbooks and school supplies, provide skills and career training and pay for graduation commencement fees. Gift cards and transit passes are also purchased for students and families in need.

In addition to the regular support that Raven provides to both schools, we also contributed an additional $5000 during COVID-19 school closures to ensure that lunch programs continued for students who relied on them.

Raven is committed to giving back to the community, including donating a portion of our profits to enhance the school experience of students at these two schools. We are pleased to learn that through these school programs, children and youth in need are receiving the tools required to excel academically and continue onto paths of success.

In the past eight years, Raven Supply has donated a portion of our profits to support global education non-profit Room to Read, which seeks to transform the lives of millions of children in low-income communities by focusing on literacy and gender equality in education.

This year, we have set a fundraising goal of $20,000, to sponsor 50 scholarships for girls in Sri Lanka. These scholarships will pay for tuition fees as well as school supplies such as books and uniforms. As part of Room to Read’s Girls’ Education Program, students will also receive valuable mentorship and life skills training.

Girls in Sri Lanka face unique challenges and barriers to education. This is especially true in the Central Highlands and tea plantations where girls often work long hours for low wages, and in the border communities which still feel the impact of a civil war that only ended in 2009.

Room to Read’s Girls’ Education Program is currently focused on the border communities, where many girls were victims to the violence of war. Families were often displaced for years, living in camps that lacked educational opportunities. War-torn areas were also hubs for human trafficking and prostitution. Many parents, desperate for work, have now become migrant workers abroad, leaving girls at home to care for siblings and with no opportunity to go to school.

Despite the ongoing pandemic closing many schools on the island country, Room to Read continues to reach children by pivoting the way they deliver education, including adopting distance learning through technology and distributing printed materials for home study. Local staff are also trained to identify and support girls who may be at risk of dropping out, such as those who cannot study at home or whose family faced a sudden loss of income.

With this year’s fundraising goal, we look forward to achieving our target and provide girls in Sri Lanka with life-changing education. For every discount that we receive from a vendor or customer, we will match it with an equal donation to this cause.

Raven Supply supports a number of local and global organizations to benefit the wellbeing of our communities. Since 2013, with your generous help, we have raised over $210,000 for Room to Read projects in developing countries in Asia and Africa.

Please be aware of updates to Fortis BC’s rebate programs in the new year. In 2021, FortisBC will phase out rebates for mid-efficiency natural gas boilers to prioritize the support of rebate programs for high-efficiency boilers. If you need assistance in submitting your application, please contact a member of our team who will be happy to help.

Fortis BC is committed to their environment goals, amongst which include reducing customers’ greenhouse gas emissions by 30 percent by the year 2030, and tripling overall investment into energy efficiency programs between 2019 and 2022 to $368.5 million.

They have also adopted an increasing number of incentives to help customers achieve their energy goals. Earlier this year, a rebate program was launched to promote the installation of HVAC controls. This applies to connected thermostats, domestic hot water recirculation controls and hydronic additives. To learn more about your eligibility and apply for this rebate, please visit the Fortis BC website here.

We encourage all customers to take advantage of Fortis BC’s various rebate programs, which are designed to help you achieve energy efficiency in your homes and businesses. For all questions regarding our boiler products and available rebates, please reach out to a member of our customer service team.